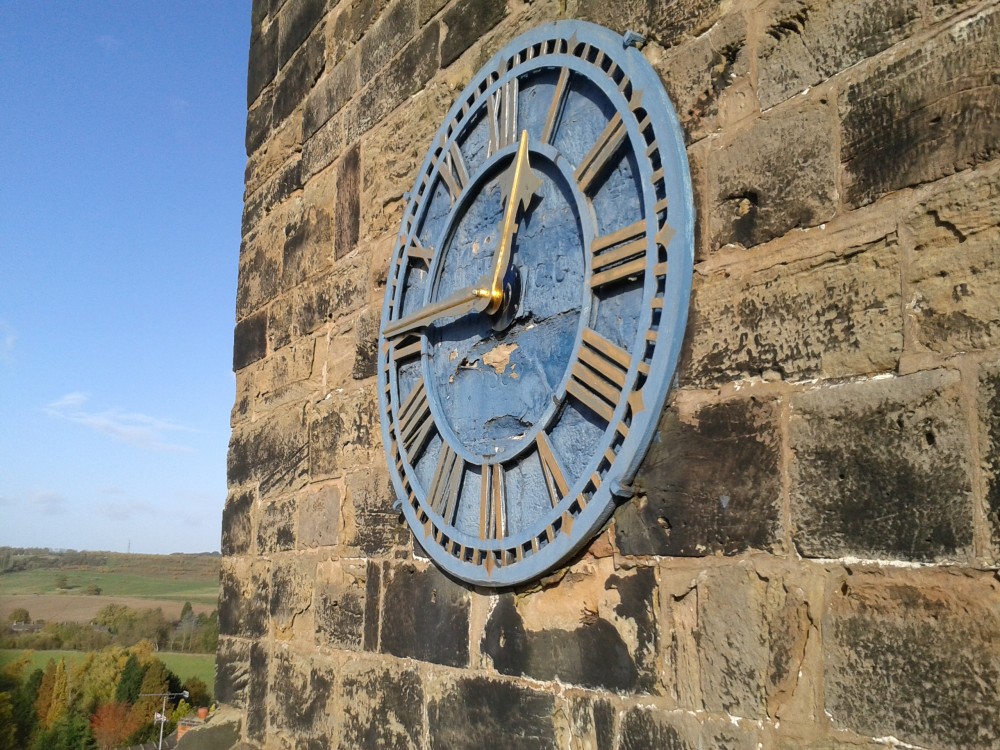 The Church of St Peter, Hartshorne is a Grade: II Listed Building

The following is the description of the church by English Heritage.

Parish Church. C15 tower, nave 1835-6 by H Stevens of Derby, mid-Victorian chancel and north aisle. Nave with west porch, chancel, south vestry, north aisle and north west tower. Sandstone ashlar, plain and machine tile roofs with moulded coped gables with plain kneelers and remains of finials. Chamfered plinth. The nave has to the west diagonal buttresses, a gabled porch with moulded pointed arch, and a 3-light window above with coarse C20 mullions. Moulded hoodmould. South elevation of the nave of three bays divided by buttresses. Each bay has a tall 2-light pointed window with Perp Style cast iron tracery and geometric glazing. To the east a flat roofed vestry with coped parapet, doorway with moulded surround and a 3-light window of cusped lancets under a flat arch. Similar window to east. Twin gabled east elevation has two 3-light windows with sparse cusped tracery. The chancel has two heavy buttresses to the east. Lavatory extension to east of the aisle not of special interest. North elevation: The two east bays are a later addition and have a 2-light Dec Style window and a cusped lancet, flanked by gableted buttresses. To the right are two 2-light windows, with poor cusped tracery. The C15 north tower has a diagonal buttress to the south west and an angle buttress to the north west. Two stages divided by a stringcourse. To the west a four-centred arched doorway and two cusped lancet lights above. Small cusped rectangular window above again.

In 1902 The church was restored with an additional vestry and Lady Chapel. This photograph shows the interior of the church before these changes. Thank you to Ethel Tipper who shared this drawing of Hartshorne Church, probably dated around 1930. Ethel was born in the cottage on the right (now demolished).

The plan of Hartshorne Church 1616 Read a booklet about the church published in 1961

THE PARISH CHURCH OF HARTSHORNE 1961